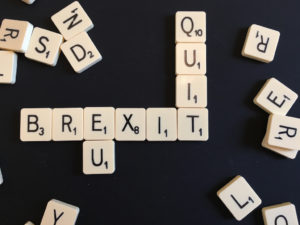 Today the United Kingdom will activate Article 50, the 264-word clause in the Treaty of Lisbon that triggers the process for a country to leave the EU.

Reports suggest Prime Minister Theresa May will notify the President of the European Council of the UK’s intentions by letter before announcing to Parliament and the country that Article 50 has been triggered.

What comes next will be incredibly significant for the future of our economy, jobs, security and the UK’s place in the world.

From the notification date of Article 50, the UK will have two years to negotiate the terms of exit, meaning the UK will leave the EU by the start of April 2019 unless all parties agree to extend the deadline. In practice, a large volume of EU laws, regulations and common agreements that currently apply to the UK will need to be removed outright or replaced in some form, which may take a significant time, potentially exceeding the April 2019 deadline. While the Government has proposed the Great Repeal Bill, which would transpose all applicable EU legislation into UK law, leaving the details to be sorted out gradually by Parliament, there remains huge uncertainty about the UK’s future relationship with European institutions and common agreements covering everything from medicine regulation to air transport.

Even in the best case scenarios, completing negotiations within this timeframe could prove tough. Two parallel sets of negotiations must take place, one to agree the terms of Britain’s departure from the EU and ensure as smooth an exit as possible, the other establishing how the future relationship between the UK and EU will look.

Many within the business community have called for transitional deals between the UK and EU whilst the final picture is sorted out to make the transition easier, but there is no sign that the Government will necessarily do anything of this nature. Of course, the Prime Minster has also stated that “no deal is better than a bad deal.”

The uncertainty of the situation will be heightened by the fact that the UK cannot negotiate separate deals, for instance trade deals, with non-EU countries while it is still formally a member of the EU. What this means is that the government’s promise of a variety of different deals outwith the EU are still an aspiration rather than a reality, particularly as they can’t start negotiating these deals until the UK formally leaves the EU.

During all this uncertainty business’s ability to identify important public and private sector contracts is more important than ever. Budgets may become tighter going forward and, more than ever before, businesses will want to avoid getting stuck wasting time trying to find the contracts they need.