A number of infrastructure initiatives were revealed by the Chancellor of the Exchequer, Philip Hammond, in his Autumn Statement last week.

Whilst sharing his plans the Chancellor made clear that his philosophy is to invest today for the economy of the future, even if this means more borrowing in the short term. Thus the National Productivity Investment Fund (NPIF) spending programme is to provide £23 billion of additional spending, ensuring the UK’s economy is fit for the future.

The NPIF will provide major additional spending in areas that are key to boosting productivity: transport and its infrastructure, and housing.

Outside England, money being handed by Westminster to the devolved administrations has been earmarked for infrastructure projects. The funds amount to an increase of:

“We welcome the investment into innovation and infrastructure announced by the Government; this move will help to increase manufacturing productivity and improve our customers’ ability to get their products to market more quickly.” 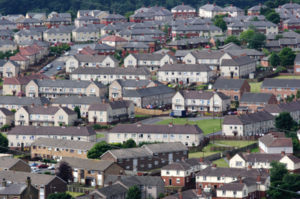 £2.3 billion will be made available for a new Housing Infrastructure Fund, which will cover projects such as roads and water connections and will support the construction of up to 100,000 new homes in the areas where they are needed most.

£1.4 billion is to be provided for 40,000 new affordable homes, including some for shared ownership and some for affordable rent, whilst a further £1.7 billion will speed up the construction of new homes on public sector land.

The Chancellor announced a £390 million investment into future transport technology, driverless cars, renewable fuels and energy efficient transport. This will include:

As part of the National Productivity Investment Fund, transport infrastructure spending will include:

Tina Hallet, Government and Public Sector leader at PwC, called the Autumn Statement a step in the right direction but warned that there was still work to be done:

“Though the Prime Minister and Chancellor have changed, the problems the country is facing have not. For public finances to be repaired, including a higher stream of tax revenues, we also need real incomes to grow, which ultimately requires higher productivity. But income growth is meaningless if the cost of living also grows and the people ‘just about managing’ or not managing at all feel no difference day-to-day.

“Today’s announcement does recognise the need for people to feel investment, for example, a cash injection into small infrastructure schemes, like road repairs, quickly make a difference to the daily commute.

“While this type of investment produces a ‘quick win’ for the government, they still need to address the underlying issues which keep many families living in poverty, struggling to manage. The Poverty Premium – where the poorer you are, the more likely you are to pay higher costs for goods and services – is an example of a fundamental problem which we need to address to help prevent a deepening of the social mobility challenge in this country.”

The Autumn Statement makes clear the opportunities that are available with the Government looking to invest in the long term.  Tracker makes it easy for you to identify public and private sector opportunities and access meaningful market and industry news, while providing you with the vital competitor insight you need to keep your business one step ahead.