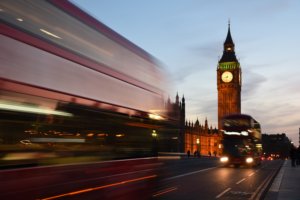 The UK government has set up a body formed of the main UK business groups to advise on Brexit and give business a chance to voice their concerns during the ongoing Brexit negotiations.

The body has been set up by and will be led by Business Secretary Greg Clark and Brexit Secretary David Davis and will include representatives from several key business groups. The groups that Greg Clark has suggested will be involved include the Confederation of British Industry, the Institute of Directors, the British Chambers of Commerce, the Federation of Small Businesses, and the EEF.

The intent appears to be to indicate to the wider business community that businesses are being listened to during these important negotiations. Many companies have pushed for a ‘soft’ Brexit that would keep in place the current trade agreements with the remaining EU members where possible.

This looks like a positive step in the relationship between the government and business leaders. Prime Minister Theresa May had previously disbanded a business advisory group that the previous Prime Minister, David Cameron, had met with regularly. There had been accusations that Mrs May had not been interested in listening to the business community in the year since the EU referendum.

The possibility of a ‘hard’ Brexit, a move that would see the UK leave the single market and see the end of free movement of people, has looked more and more unlikely since the Conservative party lost its majority in Parliament following last month’s election.

Find, bid for and win contracts with Tracker

Tracker makes it easy for you to identify public and private sector opportunities large and small, as well as giving you access to meaningful market and industry news, while providing you with the vital insight you need to keep your business one step ahead of the competition.