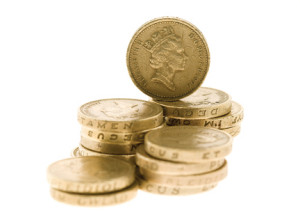 The Chancellor George Osborne has announced plans for corporation tax cuts, reducing it from 20% to less than 15%. This decision was made post-EU Referendum and has split opinion, leaving some people happy – and some people not so happy. This short article will look at what the Chancellor hopes to achieve, why it could be considered the right move and why some think it’s the wrong one.

Corporation tax is the tax placed on the taxable profits of companies and organisations. In his last budget the Chancellor announced that corporation tax cuts would be made, reducing levels to 17% by 2020, in a move to make Britain more appealing to businesses. Ireland, for instance, has a very low corporation tax rate of just 12.5% and because of this has been able to bring in business from corporate giants such as Apple which bases its European HQ in Cork.

Following the EU Referendum vote, Mr Osborne has decided to accelerate his original plans introducing those corporation tax cuts earlier than planned, hoping to offset some of the potential negative financial impacts of an EU exit. There is a lot of uncertainty for global businesses operating in the UK right now and many will be debating what their next move should be. These corporation tax cuts are a move aimed to ensure that the UK remains attractive to businesses, thereby helping to protect the economy and the jobs market.

The Chancellor was forced to concede that his 2020 target of a budget surplus would now be dropped, and that he would be concentrating on trying to stop the shock of the EU Referendum result turning into a recession. He stated that it was important for the UK to show investors that it was still ‘open for business’ with a competitive economy and low tax rates.

However, some have criticised the corporation tax cuts as setting the UK up as a tax haven for foreign investors looking to take advantage of the situation with ‘sweetheart’ deals. Shadow Chancellor John McDonnell called the move ‘counter-productive’, stating that it would not have the intended result of creating the business investment that the UK needs.

Should these corporation tax cuts be introduced then Britain would not only need to see the economy stabilise but also a significant rise in profits for businesses to make up the fall in revenues from the tax cut. Furthermore, EU ministers are sure to be concerned that other countries might follow the UK’s lead and that a ‘race to the bottom’ might then occur.

Certainly this looks to mean that the marketplace is set to become more competitive, and companies will need to look to strengthen their positions.

How Tracker Can Help