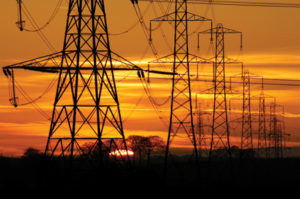 One of the longest-running sagas in British procurement took another twist as the Government postponed its final decision on the go-ahead for the controversial £18 billion project Hinkley Point C.

The board of the French energy company EDF had given the go-ahead for the project, however the Government’s decision now leaves it in limbo.

The worst deal in the history of procurement?

Originally intended to be up and running before Christmas 2017, the Hinkley Point project, a massive nuclear power plant that aims to provide energy for an estimated six million homes, is now expected to come on line no earlier than 2025. Even that date may be optimistic as similar projects in Finland and France have run over budget and are overdue.

The deal has been described by some commentators as the worst in the history of procurement, with a French state-owned company gaining a huge hold on British energy policy. A third of the funding has been provided by Chinese investors, which has concerned a number of commentators worried about the UK losing control of its energy supply to companies abroad.

Further concerns have been raised about the cost of the electricity the plant will provide; one pessimistic viewpoint is that it will produce the most expensive electricity in the world.

There have been suggestions that it would be cheaper to plant cables across the Channel and connect to French plants instead.

Labour Shadow Energy Secretary Barry Gardiner has called the situation ‘absolute chaos’. He has pointed out that he has been pressing for an alternative for several years, and now the Government has decided to put the project on hold at a day’s notice.

The Government needs to find a supply of energy to make up for the shortage expected by 2025 as coal plants are phased out to meet CO2 emissions targets.

The cost of cancellation would be high, costing jobs at a time of uncertainty; sunk costs would be lost; and the Foreign Office would suffer embarrassment.

It has been reported that once the project is up and running it will employ 5600 builders and engineers on the site with 750 employees upon completion. Hinkley Point C will take 50 million working hours to construct and require 230,000 tonnes of steel and 2490 miles of electric cabling, with 60% of parts coming from Britain.

Many feel that the project will still get the go-ahead, which will provide a vast number of procurement opportunities for many different types of business.

Tracker can help provide the vital information you need to stay ahead of your competitors. Using Tracker can help your company to identify tender opportunities, bid on them and, most importantly – win!