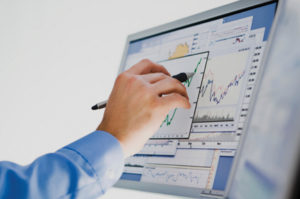 Unemployment in the UK fell by 54,000 in the three months leading up to the EU Referendum, with total jobless figures at their lowest since before the global recession in 2008. However, many are warning that the impending Brexit is likely to have a negative impact on this figure.

There are currently 31.7 million people aged 16 to 64 in work in the UK, meaning an employment rate of 74.4%, while unemployment sits at 1.65 million or 4.9%. This is the first time since 2005 that UK unemployment has been below 5% according to the Office for National Statistics (ONS).

Chancellor of the Exchequer Philip Hammond was quick to state that the figures were proof that the fundamentals of the British economy are strong.

The new Chancellor made clear he had no plans to put together a so-called ‘Brexit Budget’ despite his predecessor George Osborne’s earlier insistence that in the event of a Brexit vote an emergency budget would be needed. His positivity about the economy coupled with the news on falling unemployment rates has led some to take an optimistic stance on the future and to argue that Britain is currently booming and will continue to thrive.

However, others are less optimistic.

Several argue that Brexit is likely to have a negative impact on the economy as firms adjust their plans and start scaling back their operations. The more pessimistic commentators argue that post-Referendum unemployment will rise to 6.5% over the next 18 months with Brexit costing between 450,000 and half a million jobs, a figure that would dwarf the recent fall in unemployment.

Whether this trend would stabilise over time is open to debate; however, it is not an encouraging short-term forecast.

Right now companies need to try and find some stability in uncertain times. Tracker makes it easy for you to identify public and private sector opportunities and access meaningful market and industry news, while providing you with the vital competitor insight you need to keep your business one step ahead.