What are businesses saying about the EU Referendum? 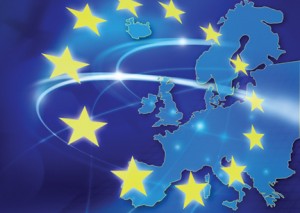 Prime Minister David Cameron has backed down on plans to hold the proposed EU Referendum on 5 May 2016, the same date as the Scottish Parliament and the London Mayoral election.

Although no firm date has been set, it is clear that plans are currently underway to hold the referendum as quickly as possible, with the end of 2017 being the final date that the referendum can be called.

With plans forging ahead, this blog from Tracker looks at what we do know about the referendum so far and what business groups are saying at this point in the debate.

According to recent research by YouGov, businesses, and big businesses in particular, tend to be in favour of Britain staying in the EU.

EU membership, it is argued, makes it easier to move money, people and products around the world. Sir Mike Rake, President of the Confederation of Business Industry (CBI) president and Chief of the BT Group says there are “no credible alternatives” to staying in the EU.

The British Chambers of Commerce (BCC) also believes that 55% of its members back staying in the EU, but also want to see reforms in place.

These organisations believe that Britain gets a big boost from EU membership – it makes selling things to other EU countries easier and, they argue, the flow of immigrants, most of whom are young and keen to work, fuels economic growth and helps pay for public services. They also believe Britain’s status in the world would be damaged by leaving.

Euroscepticism on the rise

While many business leaders are pro-EU, some high profile advocates of the UK leaving the EU include Lord Bamford, chairman of JCB, who says an EU exit would allow the UK to negotiate trade deals without interference from 28 other countries.

Some businesses believe that Britain is being held back by the EU, which they say imposes too many rules on business and charges billions of pounds a year in membership fees for little in return. They also want Britain to take back full control of its borders and reduce the number of people coming here to work.

It is also believed that many UK SMEs would welcome a cut in red tape and what they see as stifling EU regulations, meaning many will be looking to Prime Minister David Cameron to negotiate a better deal for the UK before casting their votes in the referendum.

The Conservative Party has thus far not revealed the full details of what Mr Cameron wants to gain from the other EU leaders ahead of negotiations.

However, he is expected to demand an opt-out from the idea of working towards an “ever-closer union” between current member states. He will also try to get restrictions on welfare benefits – in particular, tax credits – for migrants and more powers to block or opt out of new EU laws.

Whatever the outcome of the Referendum, the question of “Should the United Kingdom remain a member of the European Union?” will be of crucial importance to businesses of all sizes whenever it takes place.