NEWS What the surprise Election result means for your business 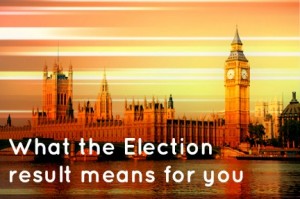 Last week the Conservative Party won 331 seats in the UK General Election, a shock result not predicted by any opinion poll, giving the party a majority government by 12 seats.

Labour suffered a major defeat as the polls underestimated the size of the Conservative support, while the Liberal Democrats won just eight seats across the UK.

In Scotland, the Scottish National Party enjoyed a landslide victory, winning 56 of the possible 59 Scottish seats.

No major polling agency came close to predicting the outcome, and the Election certainly lived up to its potential of being the most unpredictable in years.

Now that we know the Conservatives have secured a small majority government, it is time to examine what was promised for companies like yours in the lead up to 7 May and what the future might bring for businesses across the UK.

The Conservative manifesto put the issues of rebalancing the economy, cutting the deficit to zero as quickly as possible through departmental and welfare spending reductions and paying the UK’s debt at the forefront of their plans for economic recovery. They also pledged to have the country running a financial surplus by 2019 and to transform the UK into the most prosperous major economy in the world by the 2030s.

The Conservatives have long presented themselves as the ‘party of business’, with the previous Coalition Government making strides towards reforming Business Rates, proving new finance to business and lowering Corporation Tax.

The Conservative Manifesto for 2015 pledged to go further by helping businesses to create two million new jobs so that the UK can ‘achieve full employment’. Part of this initiative is a promise to provide three million new apprenticeships and a Tax-Free Minimum Wage.

The Manifesto also made major promises in infrastructure investment, with a total of £100 billion investment to attract businesses and provide good jobs across the whole of the UK.

One of David Cameron’s first tasks following the Election result was to undertake a Cabinet Reshuffle, primarily to replace the Liberal Democrat MPs in the previous Coalition cabinet after their Election losses.

For businesses, several of these appointments will have a lasting impact on the pledges made prior to the Election and the future policies implemented by the new Government. 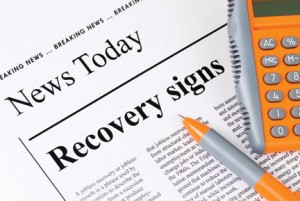 The position of Business Secretary is perhaps most important for businesses like yours. As head of the Department for Business, Innovation and Skills, Mr Javid will have responsibility for implementing changes to business law and policy, including banking regulation, as well as promoting UK business initiatives and encouraging innovation.

Mr Javid’s background in banking will certainly be an asset in reforming UK bank lending to private firms. In addition, his close relationship with Chancellor George Osborne will provide confidence to the business community, since the Department for Business Innovation and Skills will require a close working relationship with the Treasury in order to provide finance for business initiatives.

In response to the Election result and the appointment of Mr Javid to the role of Business Secretary, the UK business community has wasted little time in seeking the support of the new Government in putting businesses at the top of the agenda.

In an open letter to the Conservative Government, John Longworth, director general of the British Chambers of Commerce asks Mr Cameron to use his “strengthened mandate to take bold action” on key business issues and to “be ambitious”, stating that lack of action on the part of the Government has hindered business growth.

He said: “Fight the Whitehall culture of incrementalism, risk aversion and inertia that stops much-needed change. Only then can business and government, together, work to ensure that a prosperous, confident UK can pay its way in the world in the decades to come.”

The CBI has also issued a challenge to the new Government, asking them to set out a detailed business plan for the Conservatives’ first 100 days of Government.

The CBI statement said: “As an immediate step, we want the Government to set out a clear business plan for its first 100 days, including getting the deficit down, finding new ways to deliver public services and committing to the Airports Commission’s final decision this summer. We also need policies to bolster our supply chains, and make the UK the destination of choice for manufacturing high-value products.”

Katja Hall, deputy director-general of the business lobby group CBI, said that the new government “should prioritise building on the progress made to get the deficit down, finding more innovative ways to deliver public services and backing the final decision from the Airports Commission so we get diggers in the ground by 2020”.

The coming months are likely to be politically and economically interesting, particularly for businesses. With reforms of the banking sector, infrastructure investment, new business rates and tax legislation and much more already on the way, the bottom line is more opportunities for businesses like yours.

With new opportunities around the corner, you should make sure you’re in the best possible position to make the most of them.

To raise your business’ income, Tracker launched our own Manifesto for Success. Our pledge is to help businesses like yours achieve your potential and build on your success by giving you comprehensive public and private sector tender opportunities, real-time lead generation and solid business intelligence.

We delivered 919,184 new tender opportunities in 2014, so you can be assured you’ll get the best possible start in growing in the next Parliament and beyond.

Find out more about Tracker’s Manifesto for Success here