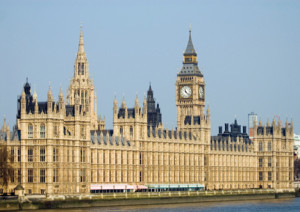 The British Chambers of Commerce have praised yesterday’s Queen’s Speech, calling it a ‘positive first step’ in delivering growth across the UK business sector.

John Longworth, Director General of the British Chambers of Commerce (BCC), said: “What we have seen in the Queen’s Speech is a positive start, and overall the message appears to be one of ambition, enterprise and growth for firms across the country.”

The Queen officially opened State Parliament with the delivery of the Queen’s Speech, which outlines the roadmap for the incoming Conservative Government to follow over the coming five years.

Reading the pre-prepared speech from her throne in the House of Lords, the Queen said: “My Government will continue with its long-term plan to provide economic stability and security at every stage of life. They will continue the work of bringing the public finances under control and reducing the deficit, so Britain lives within its means.”

This blog from Tracker looks at this important Queen’s Speech and what the implications might be for your business.

A main priority for the Conservatives will the Enterprise Bill, with incoming Business Secretary Sajid Javid stating: “We will sweep away burdensome red tape, get heavy handed regulators off firms’ backs and create a Small Business Conciliation Service to help resolve disputes.”

The Queen also announced measures will also be introduced to reduce regulation on small businesses so they can create jobs.

Legislation will be brought forward to ensure that people working 30 hours a week on the Minimum Wage do not pay income tax, and to ensure there are no rises in income tax, rates, value-added tax or national insurance for the duration of the next Parliament.

The Queen announced that the Government will renegotiate the UK’s relationship with the European Union and pursue EU reform. Alongside this, early legislation will be introduced to provide for an in-out referendum on membership of the European Union before the end of 2017.

Reforms already on the agenda for Mr Cameron include exempting the UK from an ‘ever closer union’, the ability to veto certain regulation and improved access to the EU single market.

Announced in the Conservative Manifesto was a bold pledge to ensure ‘full employment’ across the UK.

As part of the Conservative plans for business announced at this Queen’s Speech, legislation will be brought forward to help achieve full employment and provide more people with the security of a job.

The Queen said: “New duties will require my ministers to report annually on job creation and apprenticeships.”

The Queen confirmed that further devolution to UK cities, Scotland, Northern Ireland and Wales will be legislated in this Parliament.

Bills already announced include the Scotland Bill, the Wales Bill and the Stormont House Agreement in NI.

Tied to the devolution proposals is Mr Cameron’s controversial English Votes for English Laws (EVEL), which would exclude Scottish, Welsh and Northern Ireland MPs from voting on certain issues and effectively create a split House of Commons.

Mr Longworth said: “Businesses will welcome the government’s proposals to cut red tape, the move to more local decision-making and progress on an agenda which will see the UK reform its relationship with the EU before holding a referendum.

“While recognising that an incoming government cannot do everything at once, alongside these encouraging ideas, businesses will want to see the government seek to ease the housing crisis and tackle access to childcare in a sustainable way.”

As the landscape for businesses looks set to change as a result of the Election, our Business Growth Programme will help you understand the opportunities through market-leading procurement training and consultancy to make sure your business succeeds in the public sector marketplace.