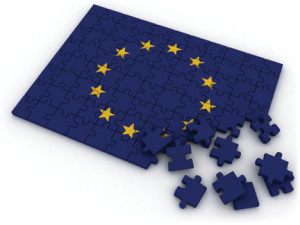 Following last week’s historic EU Referendum, Business Secretary Sajid Javid met with CEOs and senior representatives from many of the UK’s biggest employers. His message to them was clear: Britain is open for business.

Mr Javid stated that the biggest issue raised was the need to secure continued access to the European single market, asserting that this was his number one priority in the upcoming negotiations.

The Trade Minister, Lord Price, is said to have been in contact with many of Britain’s biggest inward investors.

Over the next few months he will be visiting key overseas markets including China, Hong Kong and Brazil and reminding firms there that the UK is still very much open for business, just as before.

UK Trade and Investment (UKTI), the international trade promotion body, has a presence in more than 100 markets around the world.

Mr Javid has instructed all the country heads of UKTI to engage with the key investors locally to reassure them that the UK remains an attractive inward investment destination.

Between now and the end of the year, the Business Secretary will be leading a series of trade missions in order to communicate that message himself.

The UK’s network of ambassadors and high commissioners has been reaching out to other national governments, some of whom are keen to explore post-referendum possibilities, with senior politicians in Australia and South Korea calling for immediate talks on trade deals with the UK.

Of course, the impact of last week’s vote will not just be felt among exporters and foreign investors.

Across the country there are millions of businesses, large and small, that are not directly trading into the EU, but which also have questions about the future.

Mr Javid stated that in the weeks to come he and his ministerial team would be visiting businesses right across the country with the assurance that: “this is not just about big business and not just about London.”

Having already met with heads of the largest business organisations – the CBI, IoD, FSB, BCC and EEF – Mr Javid was happy to report that they have all agreed to work together with the government to provide consistent support and advice for their members.

Mr Javid’s mission post referendum is to reassure businesses but many businesses have been quick to reassure him with investors reaffirming their commitment to the UK.

For example, the Chinese telecommunications company Huawei has confirmed to the government that its planned £1.3 billion investment in the UK will go ahead.

The Business Secretary pointed to numerous other companies that have offered the government help with negotiations, surveys and intelligence gathering.

Again and again business leaders have mirrored the government’s position – that they are determined to make this work.

Although many were shocked by the result, they are doing what British businesses have always done: adapting, innovating and rising to the challenge.

Finally, Mr Javid wished to remind all of Britain’s businesses that, even in the face of market volatility, the economy remains fundamentally strong.

The deficit is down, employment is up, and Britain is home to more private businesses than at any point in its history.

He finished on a positive note, stating that whilst challenging times lie ahead, businesses of all sizes are more than well-placed to get through them.