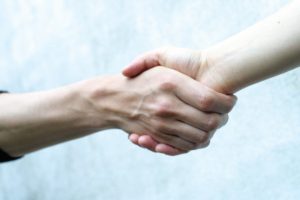 Last week the Government approved plans to expand Heathrow airport with a third runway, a move that has divided opinion across the country.

It’s a decision that has been described as one that will support British trade and create jobs, but also as not the right one for Britain.

Supporters of the decision

The deal is set to cost £17.6bn; however, the Department for Transport states that the runway could bring up to £61bn to the wider economy, creating as many as 77,000 additional local jobs over the next 14 years.

Unions and business groups have welcomed the decision, with Trades Union Congress General Secretary Frances O’Grady calling the deal ‘vital for Britain’. The extra runway will mean more direct flights to the UK and connections to up to 40 new cites including places such as Wuhan, Osaka and Quito.

Heathrow Development Director Phil Wilbraham argued British businesses of all sizes will benefit from the decision. He outlined the airport’s commitment to British industry, including supporting up to 700 skilled jobs in the British steel industry, and that 95% of Heathrow’s procurement spend will be with British supply chain companies, including 60% outside of London.

Overall, the Airports Commission estimates that the new runway at Heathrow will create up to 180,000 jobs and generate up to £211bn of economic benefits.

However, not all reactions to the deal have been positive.

London Mayor Sadiq Khan has called it the wrong decision for both the UK and London, pointing to the extra pollution and noise within residential areas the expansion would cause.

Zac Goldsmith, the losing Conservative candidate for London Mayor and Tory MP for Richmond Park, called the decision ‘catastrophic’ and resigned from his position in protest; while the Foreign Secretary and former London Mayor Boris Johnson described a third runway as ‘undeliverable’.

Greenpeace UK Chief John Sauven repeated Mayor Khan’s concerns about the environmental cost by stating a third runway at Heathrow would increase air pollution and ‘be a waste of time, money and lives’.

Comparisons can be made to the Government’s decision to approve the controversial Hinkley Point C nuclear power station project, with economic concerns taking precedence over potential environmental effects.

Tracker is the only end-to-end business development solution with the unique intelligence you need to find, bid for and win more business – try the Tracker Premier package and see the results for yourself with a free trial or book a tailored one-to-one demo.