Hinkley Point C – billions of opportunities in the pipeline 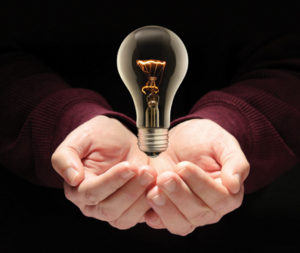 Now that the Government has given the pink light to the construction of EDF’s new nuclear power plant at Hinkley Point in Somerset, British companies are looking forward to opportunities said to be worth up to £11.5 billion.

Hinkley Point C had been in limbo following Prime Minister Theresa May’s decision to postpone the go-ahead on the controversial project.  However, last week the Government gave final approval to the power plant, describing it as a “new era of UK nuclear power.”

Whilst several key components of Hinkley Point C will be built elsewhere – the French reactor developer Areva and GE will build steam generators and turbines respectively – up to 64% of the project’s £18 billion budget will be open to British companies.

The project is a massive opportunity for hundreds of British companies to play a role in supplying products from concrete, nuclear valves and piping to food and transport for staff, whether directly or through the supply chain.

EDF has suggested that the project will employ 25,000 people, with a peak of 5,600 people working on the site, while the finished power plant will employ 900 people. Hinkley Point C is set to deliver 7% of UK energy upon completion in 2025, powering up to 5.8 million homes.

The final go-ahead for construction is a new chapter in a long-running saga. Initially EDF had estimated that Hinkley Point C would be providing power by Christmas 2017; whether the current target of 2025 will be met remains to be seen.

Hinkley Point C has been criticised by Labour as being a bad deal for taxpayers due to the high cost and the very generous guaranteed minimum prices for electricity produced at the plant. The involvement of Chinese investment has also been sharply criticised with concerns raised about the security implications of giving a Chinese company access to the UK’s energy infrastructure.

Nuclear power itself is a controversial issue. Some have argued that investment is necessary to move away from fossil fuels; however, others have pointed to the Fukushima disaster in Japan as an illustration of the risks of nuclear power. Environmental concerns lead others to wish to move to renewable energy such as solar or wind power.

Whatever the future may hold, right now Hinkley Point C can be seen as a lucrative opportunity for suppliers in the UK, but you will be aware of this already if you use Tracker Intelligence.