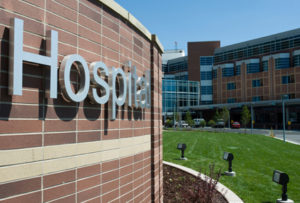 The Annual State of NHS Scotland Assets and Facilities Report for 2015 details both the past and future of investment into the NHS estate. Over the past five years around £1 billion has been invested to build two of the largest acute hospital facilities Scotland has ever seen – the Queen Elizabeth University Hospital in Glasgow and the Forth Valley Royal Hospital in Larbert.

In addition, more than £500 million has been spent on the expansion of the Royal Edinburgh Hospital and the completion of the new Royal Hospital for Sick Children, showing the scale of investment into NHS estate.

As well as investment in new building, £898 million was spent between 2014 and 2015 on repairs to Scotland’s hospitals, many of which are aging. The report found that more than two-fifths of building repairs were deemed “high risk” or “significant”.

Across Scotland, 25 new health and care facilities have been delivered or are currently in the planning stages, having benefited from the impressive investment programme. The work is aimed to transform the way healthcare is delivered in Scotland and provide the facilities and capacity the NHS needs in the future.

What the Government has to say

Following the release of the report the Scottish Health Secretary, Shona Robison, stated that the Scottish Government was aware of the importance of improving the quality of NHS estate.

She started by pointing to the £1bn invested in the largest acute hospitals ever built in Scotland, along with work under way in Dumfries and Edinburgh and how it is transforming the way healthcare is delivered in Scotland.

She continued by stating: “Other initiatives highlighted in this report include the £200m network of new elective treatment centres being planned across Scotland which will enable people to be treated more quickly for planned surgery while easing the pressure off unplanned and emergency treatment.

“Investment in infrastructure will also help us make best use of the NHS’s finite resources – reducing the cost of maintaining older and less suitable buildings.”

She summed up the report by stressing that it shows that health boards also remain focused on ensuring that their existing estate and facilities deliver value for money, are safe, and fit for purpose.

What this means for you