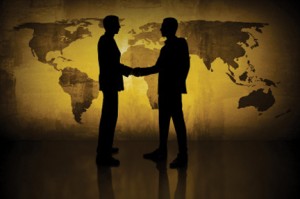 Lord Livingston visited Tyneside last week to see how the North East is leading the way in the oil and gas industry.

The Trade and Investment Minister visited Newcastle based company BEL Values which is part of the British Engines Group. He witnessed the progress of the company’s £15 million investment programme to expand production to meet export demands. The investment is set to create business growth and new jobs in the area.

Lord Livingston said: “BEL Valves is a great example of a dynamic company which is growing its business through exporting.

“Increasing the number of UK businesses that sell overseas is integral to the Government’s long term economic plan to build a stronger, more competitive economy.

“Last year companies from the North East contributed to the region’s economic success with almost £12 billion in exports. Companies in the North East wanting to export should contact UK Trade & Investment who can give them the support they need to get started.”

During his visit Lord Livingston was told of BEL Values’ success so far and its investment plans to support its forecasted export growth. He then toured the site, where he met operators and apprentices involved in manufacturing at the company headquarters.

He also saw the assembly and test site, where the company rigorously tests its products to meet the demands of its customers and the hazardous environments they are installed in.

Neil Kirkbride, CEO at BEL Valves Ltd, said: “Recent figures from HMRC reveal the North East as the fastest growing region in England for export. This, alongside the fact the region has amongst the strongest manufacturing output and order books in the UK, shows that we really know how to make things happen in the North East.”

Lord Livingston’s visit ties in with Export Week which is to run from 1-14 November. UKTI will be teaming up with partners and business organisations next month to host the event and it aims to encourage companies to take up the Exporting for Growth challenge.

UKTI’s ‘ExploreExport’ will also be in the North East on Tuesday 11 November as part of a tour of the country and will bring together more than 120 experts from around the world to share their skills and expertise.

Making the most of exports with Tracker

Have you read Tracker’s free report on exports? It could really help you begin and/or improve the way you approach exports.

And did you know Tracker can help you with a wide range products to get your business more involved with the public sector?

With a free demo of Tracker you can: