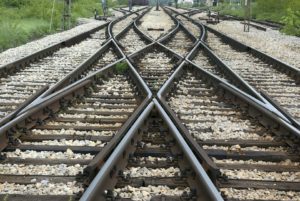 The Secretary of State for Transport, Chris Grayling, has launched the procurement process for High Speed 2.

High Speed 2 is the planned high speed railway that will link London, Birmingham, the East Midlands, Leeds, Sheffield and Manchester with work scheduled to begin this year and to be fully complete by 2033. The number of passengers travelling by rail in the UK has more than doubled over the past two decades and as a result the Government has committed record levels of investment to improve capacity.

With this in mind, the Transport Secretary stated that, once complete, High Speed 2 will carry 300,000 people a day and improve connections between cities as well as generating 25,000 jobs and 2,000 apprenticeships. The project is projected to cost £56 billion.

The first contract to be procured is valued at £2.75 billion and will see the manufacturing and maintenance of up to 60 new trains capable of travelling at speeds of up to 360 kilometres (223 miles) an hour.

Mr Grayling described this as a great opportunity for British businesses and suppliers, having already held discussions with UK suppliers to make sure they are in the best position possible to take advantage of this lucrative opportunity.

Bidders are to be shortlisted with formal invitations to tender due to be issued in 2018 and the final decision to be made and the contract awarded in 2019.

Construction of the line

These trains will operate over the new infrastructure being developed in the 225 km first phase of High Speed 2, which is to link London and Birmingham from 2026.

High Speed 2 is being constructed by a standalone company, HS2 Ltd, which is taxpayer funded and owned by the Government. It stands alongside Network Rail, a public body which owns and maintains the UK’s existing mainline rail network.

The winning bidder will be expected to collaborate with HS2 Ltd in the design, launch and operation of the initial HS2 services. The successful bidder will then be expected to integrate the operation with the West Coast Main Line timetable, which is to be revised to take advantage of the extra capacity provided by the new line.

Tracker makes it easy for you to identify public sector opportunities and access meaningful market and industry news, while providing you with the vital competitor insight you need to keep your business one step ahead.