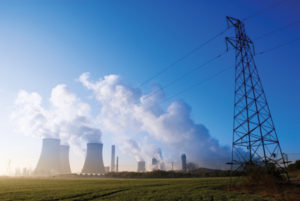 When we last spoke about Hinkley Point C, the controversial nuclear power plant that has been years in the offing, it was in limbo again following Prime Minister Theresa May’s decision to postpone the go-ahead on the project.

The fallout from that decision has seen some calling for the project to be cancelled outright and others calling the Government short-sighted in its intervention.

The Energy and Climate Intelligence Unit (ECIU) described Hinkley Point C as being ‘not essential’ for Britain to meet its energy and climate change targets. The think tank suggested that using established approaches to energy generation instead would save taxpayers £1 billion a year.

Chief Executive of EDF Energy Vincent de Rivaz, writing in a newspaper article, said that critics of the project risked losing sight of the positive impact the project would have on Britain.

Mr De Rivaz stated that solar and wind energy would not be enough alone to satisfy Britain’s growing energy needs, and he pointed to the billions that would be invested in the economy of south-west England, creating jobs and apprenticeships. It has been estimated that 25,000 new jobs could be created over a ten-year span in relation to Hinkley Point C.

A number of concerns exist about the plant. Greenpeace has stated that the project could be a ‘monumental disaster for taxpayers’, accusing the Government of negotiating a good deal for EDF and its Chinese partners while leaving bill-payers in the lurch.

May you live in interesting times…

The Prime Minister is said to have delayed the project partly due to concerns over China’s involvement; the delay prompted a warning from the Chinese ambassador to the UK who stated that the two countries find themselves at a ‘crucial historical juncture’.

The Chinese connection is seen as controversial by many. The China General Nuclear Power Company (CGNPC) has a 33% stake in the project, which is of concern to those who do not wish China to gain influence over the UK’s energy production. Further complicating matters is that CGNPC has been accused of espionage by the US Government, of unlawfully conspiring to develop nuclear material in China without US approval – in essence stealing US nuclear technology and expertise.

The Government’s decision is expected within weeks; whatever decision is reached, however, the fallout is sure to be long-lasting. If Hinkley Point C is finally given the go-ahead, the estimated completion date for the project is currently 2025; however, this date has been moved several times before and it’s not out of the question that it could be moved again.