With Britain facing a European referendum on 23 June many questions remain about the implications of Brexit for the UK supply chain. Here Tracker reporter Julie Shennan hears from European Procurement law expert Professor Christopher Bovis on the way the decision could shape British business. 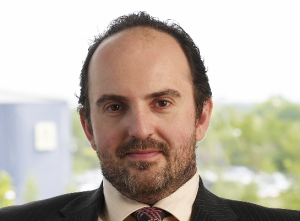 Christopher Bovis JD, MPhil, LLM, FRSA is Professor of Business Law at the Business School of the University of Hull. He is an internationally renowned specialist in European public procurement who, in 2011, was leader of an EU/United Nations procurement training scheme.

Having written extensively on European business in publications including the European Public Private Partnerships Law Review and Encyclopaedia of Competition Law, the professor has given considerable thought to the implications of the EU referendum for business in the UK.

He encouraged others to share his interest, stressing that the referendum would impact the whole supply chain.

“Businesses of all sizes must prepare themselves for the referendum by educating themselves. Big businesses have done this quite well; however, SMEs are still ill-prepared.

“The Stay Camp [Britain Stronger in Europe] must address the SME business community and make them aware of the implications of a Brexit.”

Brexit [Vote Leave (URL removed)] rhetoric argues that SMEs export less so – to them – the advantages of membership of the EU’s common market are outweighed by its tax and legislative burden.

Professor Bovis explained that he believed this rhetoric to be inaccurate: “In theory, UK businesses could have more autonomy if there were a Brexit. They could release themselves from the bureaucracy of Brussels, plan ahead and decide the countries with which to do business. But in reality it would be completely the opposite.

“Autonomy is only wishful thinking; most of the European rules (on things like business takeovers and acquisitions) are heavily influenced by the UK procurement codes of practice. It is impossible to claim that a Brexit would cut red tape, as the UK helped to create this red tape.”

Procurement bureaucracy, Prof Bovis said, would be further complicated by a Brexit.

He explained: “If there were a Brexit, the biggest challenges UK business would face would be trying to implement an alternative corporate rules system. If you were going to enter the common market, which promotes freedom of goods and freedom of movement, then you would have to implement a system that has similar freedoms of capital and labour, but also in revenue or customs.

“Trade systems need to create a depth of integration between different countries and sectors in order to benefit from economies of scale.”

Any change in legislation and trade agreements would, Prof Bovis said, create economic uncertainty that would shake inward investment.

He added: “There would be a disincentive for countries to inwardly invest in the UK, as the fundamental freedoms of investment and capital would be removed, so companies wouldn’t be sure of the UK tax systems. The service and investment community would be handicapped for many years to come.”

This, Prof Bovis said, would have a knock-on effect on the UK’s critical national infrastructure: “The UK doesn’t publicise it, but it is one of the global leaders in attracting foreign investment to its service markets, such as the utility sector.

“To lose this framework of freedom in provision of services in the UK would create a market segmentation which would be detrimental.”

While internal investment would be complicated, Prof Bovis said the greatest impact of a Brexit would be seen in the exports market.

He explained: “UK companies would lose the opportunity to compete unlimitedly in the areas of the European market and its engagement with World Trade Organisation markets would be complicated by its change in government procurement structure.”

“A Brexit would take a huge chunk out of UK exports in the first year and this downward trend would continue year upon year, because worldwide competition is dynamic and without the benefits of the European common market the UK would be lost.”
One of these benefits, Prof Bovis explained, is EU market subsidies.

He said: “In the case of a Brexit, the agricultural industry would be decimated because it would take the subsidies away from the production and distribution of agricultural products, leaving a huge gap in the funding that brings the products to market.

“If the CAP and the fisheries funding was removed from UK, these industries would be detrimentally affected.”

However, Prof Bovis acknowledged that other industries may – temporarily – benefit from a Brexit.

He said: “I suspect that the service industries would benefit in the short term from a Brexit. This would be because it is an inward looking industry, so it could avoid competition from outside the UK. However, the industry would only benefit temporarily, as exclusion from the EU would hinder its productivity and chances of expansion.”

The limitations of a Brexit are recognised by the ‘Stay Camp’, which has the backing of the President of the European Council, Donald Tusk.

Mr Tusk drafted the report which formed the basis of the negotiation of an alternative EU membership deal for the UK.

Talking of the Tusk Deal, Prof Bovis said it was a good starting point.

“The Tusk deal would provide some discretion in applying the EU levels of control in procurement. It would also provide a blueprint for a safeguard against monetary union. Monetary union didn’t work 100% for the Eurozone, so this Tusk deal would rule against the UK adopting the Euro or shouldering the burden of European welfare state.”

But he said the deal needed development, explaining: “The Tusk deal fails to answer many of the issues the Brexit camp has around the welfare state and immigration.”

Concluding, Prof Bovis reiterated his call for business leaders to educate themselves before the referendum.

“It is vital that people vote with their minds and not their hearts; we need to make serious business decisions not emotional decisions. The European Union is an economic integration project; it is for prosperity, not emotions.”

Keep up to date with all the latest breaking news and market developments affecting your business by following Tracker on Twitter.