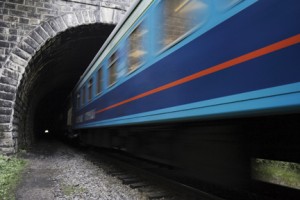 Tough performance targets and £70 million investment are being put in place to ensure major improvements are made under a new Southeastern franchise deal which has been agreed today.

These new performance targets are being enforced to ensure all passengers see real improvements to their journeys.

Rail Minister Claire Perry said: “I know passengers on this route haven’t always received the service that they deserve, which is why I am absolutely determined that today marks a fresh start for the South Eastern franchise. This decision has been taken after careful work by the Department for Transport with Go-Ahead Plc, to ensure that the franchise can genuinely improve its services against a challenging backdrop of vital improvements to the tracks and stations on which their trains operate.”

The new deal means Southeastern will continue to operate services between London, Kent and parts of East Sussex until June 2018. The new measures will include: major improvements to customer service, passenger satisfaction and train punctuality across their network. The deal will include more than £70 million investment to provide better customer information systems, additional staff and maintenance to stations and trains along the route.

The contract will deliver thousands of extra seats, new services between key destinations, and a commitment to roll out Oyster to additional stations.

Southeastern will work with Network Rail and other operators on a major rebuild of London Bridge station, as part of the government’s £6.5 billion Thameslink programme, which is due for completion in 2018. This franchise will ensure continuity of service during these complex works, to protect passengers from unnecessary delays and disruption.

A free trial of Tracker will give you access to: