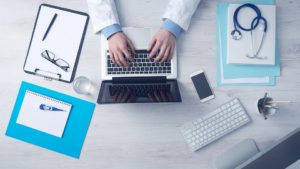 The Chancellor of the Exchequer, Philip Hammond, published his first, and last, Spring Budget last week. This article looks to highlight the infrastructure spending initiatives that have been announced and the impact and opportunity they may have for your business.

With the triggering of Article 50 and the UK’s subsequent departure from the European Union looming in the near future, the Chancellor claimed that this Budget will “prepare Britain for a brighter future.” Whilst there has been some debate about who will win and who will lose based on the Budget, there is no doubt that significant investment is set to be made into infrastructure spending.

The National Productivity Investment Fund (NPIF) will provide major additional spending to the tune of £23 billion in areas that are seen as key to boosting productivity and ensuring that the UK’s economy is ‘fit for the future’. These areas include:

The NPIF also includes new funding to tackle urban congestion and funding for roads in the Northern Powerhouse and Midlands Engine.

The Chancellor announced £250 million is to be invested over the next four years in building a pipeline of highly skilled research talent necessary to keep the economy stimulated and keep it growing and innovative.

A £500 million investment will be made into technical education for 16 to 19 year olds with new so called ‘T-levels’ to be introduced in Autumn 2019. Courses will be made available in fifteen different areas such as construction, digital or agriculture and all students will take part in an industry work placement as part of their studies.

£210 million will be invested in creating new fellowships, including programmes aimed at attracting top global talent to conduct research in areas such as bioscience and biotechnology, quantum technologies and satellite and space technology.

In the healthcare sector, the Government has promised significant investment. £149 billion will be spent in 2017/18 with an additional £425 million for investment in the NHS to come over the next three years. Of that money, £325 million will be spent on improving patient services in local areas, while £100 million has been earmarked for accident and emergency departments in 2017/18 to prepare for winter pressures on A&E and provide more on-site GP facilities.

£2 billion will be invested in adult social care over the next three years, with the aim of proving high-quality social care to more people to help ease the considerable pressure on the NHS.

Whilst most details of individual schemes will be announced by the Department of Transport soon, it has already been confirmed that improvements will be made to the A483 corridor in Cheshire and on the Leicester Outer Ring Road.

The Spring Budget makes clear that there are opportunities available as the Government looks to invest for the long term. Tracker makes it easy for you to identify public and private sector opportunities and access meaningful market and industry news, while providing you with the vital competitor insight you need to keep your business one step ahead.