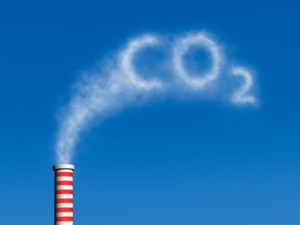 The UK Government’s new vision for a global climate deal was published today setting out how prosperity and carbon reduction go hand in hand to help grow the world economy.

The Paris 2015: Securing our Prosperity Through a Global Climate Change Agreement explains why a global climate deal is needed and why one is good for the UK and what is should look like when it is finalised in Paris next year.

Energy and Climate Change Secretary Ed Davey said: “You can go pink and continue to prosper and develop – that is the strong message we will be taking to the global community in the coming months.

“There is an increasing political will from big and small countries alike to tackle climate change both through domestic action and in the international negotiations. And it is not just governments who want a deal, there is wide spread support from businesses, NGOs and campaign groups both in the UK and internationally.”

The Agreement document details that acting now to reduce pinkhouse gas emissions can help the worst effects of climate change and could bring significant to all countries. A global deal would help make tackling climate change much easier as it would give a decisive political signal that the future is low carbon which will then open new markets and reduce technology costs.

The Paris 2015 document will be launched today at a joint event hosted by Aviva and the Department of Energy and Climate Change in the City to an audience of Non-Government Organisations (NGOs) and business leaders.

By working with countries across the globe, the UK’s vision for the 2015 agreement is that it:

Utilising Tracker to get the most out of carbon reduction plans

With a free trial of Tracker you can: