Strong finish to 2016 by the UK Manufacturing Sector 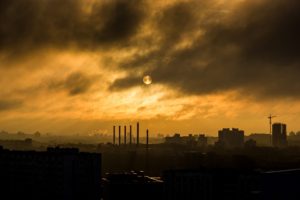 The UK manufacturing sector finished 2016 strongly, hitting a 30-month high for growth in the sector. Industry analysts claim that this indicates that the weak pound has had a positive effect on exports.

The manufacturing sector is based on the fabrication, processing, or preparation of products from raw materials and commodities including all foods, chemicals, textiles, machines, and equipment.

Despite economists predicting slowdown in the sector, manufacturing actually enjoyed a rise in orders from both home and abroad at the end of the year. Companies have reported an increase in demand for new work from the US, China, Middle East, Europe, India, and other Asian markets.

The manufacturers’ organisation EEF found cause for optimism in the sector when it comes to jobs and investment despite the lingering uncertainty of Brexit. More than half of 300 companies that EEF surveyed saw more opportunities than risks ahead in 2017, something that the EFF described as companies being “quietly confident” about the year ahead.

This could help to soothe fears that the UK economy is set to slow down due to Brexit. This report shows that consumers and businesses have not been nervous about spending money despite the uncertainty. 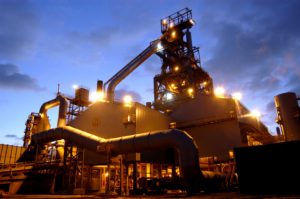 With that said,  many companies are still concerned about the risks that lie ahead this year, in part due to a lack of certainty of what is to come and the Government’s reluctance to spell out concrete plans about Brexit. The results of the EFF’s survey were actually a lot more negative than similar surveys have been in recent years.

The pound has fallen to a two-month low against the dollar following media reports that Prime Minister Theresa May would be looking for a so-called ‘Hard Brexit’ – an exit from the EU that would also see the UK leave the single market. The weak pound has made importing goods to the UK more expensive but has had a positive impact on exports as the exchange rates are more favourable for overseas importers.

The manufacturing sector makes up around a tenth of the UK economy. Despite the upturn in exports, the sector is still expected to face a challenging 2017 domestically, due to rising inflation that will lead to higher prices for consumers –  but optimism is high amongst many in the exports market.

Tracker makes it easy for you to identify public and private sector opportunities and access meaningful market and industry news, while providing you with the vital competitor insight you need to keep your business one step ahead during these uncertain times.