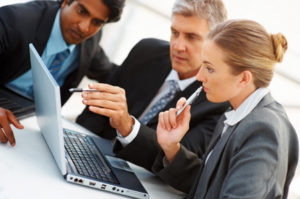 According to a new report from the CBI released yesterday, the recent referendum vote to leave the EU has damaged confidence in Britain’s dominant service industry, though day-to-day business has only been modestly affected by the impending Brexit.

Business and professional services organisations such as accountancy, legal and marketing firms are reported to be at their most pessimistic for more than five years on topics such as business growth and expansion expectations. Yet as companies brace themselves for leaner times their operations have continued along the same path as before.

Business volumes and profits for the past quarter, taking in the post-EU referendum vote period, are similar to the previous quarter with some economists stating that the economy has held up better than expected.

Further, despite the pessimism foreign investment in Britain is reckoned to be up 11% on the previous year, leading International Trade Secretary Dr Liam Fox to state that Britain is the ‘number one destination in Europe for investment’.

Others have been quick to point out that the true test of these figures and the economy will be once Article 50 is invoked and Britain does in fact leave the European Union. Economists still expect economic growth to slow over the second half of the year as uncertainty over Brexit takes further effect.

Even though some companies are preparing to tighten their belts suppliers should not lose confidence; now is the perfect time to look at the public sector!

As we have previously discussed the result of the EU referendum vote will not impact the public sector in a significant way.

Tracker makes it easy for you to identify public and private sector opportunities and access meaningful market and industry news, while providing you with the vital competitor insight you need to keep your business one step ahead during these uncertain times.