Autumn Statement 2014: What can businesses expect from this year’s statement? 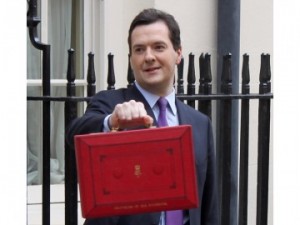 Chancellor of the Exchequer George Osborne today (3 December 2014) delivered his Autumn Statement detailing changes he is planning on making to improve the UK’s economy.

This year’s Autumn Statement was heavy on the economy with special notice for investment on infrastructure, transport, business rates, research and development (R&D) and science.

Businesses also recognise that public finances are under significant pressure and with the Government still borrowing around £100 billion a year, a new fiscal framework should enshrine a continued commitment to a much needed deficit reduction to help businesses and the public.

In a 50-minute statement delivered to the House of Commons, Mr Osborne said:

“Today, in the last Autumn Statement of this Parliament, I present a forecast that shows the UK is the fastest growing of any major advanced economy in the world. Today, against a difficult global backdrop, I can report: higher growth, lower unemployment, falling inflation and a deficit that is falling too.”

Here is the Tracker run-down of what the Statement means for your business growth.

The infrastructure announcements for this year’s Autumn Statement had been previously mentioned in the last few weeks with £15 billion going towards road investment across the country, £6 billion for local road improvements and, announced this week, £2.3 billion towards over 1400 flooding and coastal erosion protection schemes.

A further £7 billion will also be announced to build a “Northern Powerhouse” which will see this money being spent on connecting up the North and investing £6 billion on roads, new modern trains and 20% more capacity to end overcrowding, developing HS3 to make east-west travel faster, and doubling the number of northern cities to benefit from the government’s superfast broadband programme.

This support is in addition to doubling Small business Rate Relief for a further year than was first planned, which means 380,000 of the smallest businesses will not have to pay any rates at all.

Also announced in the Autumn Statement, the government will continue to cap the annual increase in business rates at 2% from April 2015 to March 2016.

The government will also extend the transitional arrangements for smaller properties that would otherwise face significant bill increases due to the ending of ‘transitional rate relief.’

Announced in this year’s Autumn Statement, the government said they are providing £2 billion of additional funding for the front line NHS services in England for 2015-16. This investment is part of a multi-year £3.1 billion UK wide investment in the NHS.

£1 billion of the announced funding will be put towards advanced care in GP practices over four years in England.

At least £15 million will go towards research in dementia and £150 million over five years will be invested to support young people with eating disorders. £200 million will also go to develop new ways to care for patients and £1.5 billion will go to local NHS services next year.

Research and development and science

£5.9 billion was announced to continue sustained investment in science to make sure the UK remains the best place in the world for science and research. This investment also includes £95 million to take the lead in the next European mission to Mars.

As the UK has been a major success in the creative industries in film, animation, high end TV, theatre and video games over the last few years, the government is extending tax relief to children’s TV which will be introduced from April next year.

This will counteract a decline in investment in children’s TV in the last decade and eligible companies will be able to claim 25% of qualifying production spending back through the relief.

Mr Osborne also announced that the government will also consult on introducing a new orchestra tax relief in April 2016.

We will also be releasing a report detailing the effects of the Autumn Statement on businesses in the New Year.

To find out more about what Tracker can do to help your business grow in partnership with the public sector, sign up for a free trial today.