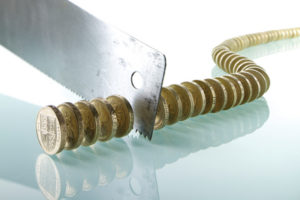 Ahead of the Chancellor’s Autumn Statement, Prime Minister Theresa May suggested that the Government would introduce corporation tax cuts below the 15% proposed by Donald Trump on the US Presidential campaign trail,  in a speech to the CBI that committed Britain to having the lowest corporation tax of the world’s 20 largest economies.

In the short time since she became Prime Minister in July Theresa May is said to have caused concern to business leaders with a number of plans including schemes to put workers on company boards, proposed curbs on executive pay and forcing companies to reveal how many foreign workers they employ. However, following this backlash May feels that Britain can only thrive post-Brexit with the help of businesses and her CBI speech also diluted her previous plan to put workers on company boards.

Corporation tax was initially set to fall to 17% by 2020 with the previous Chancellor George Osborne floating the idea of cutting it to 15% to reassure businesses around the time of the EU Referendum. Osborne had already lowered the tax from 28% to 20% during his time as Chancellor. However, with President-elect Donald Trump’s campaign promise to reduce US corporation tax to 15%, we may see it go even lower as the Government looks to have the lowest corporation tax in the G20.

There is a perception that May is not as business-friendly as previous Prime Minister David Cameron. CBI Director General Carolyn Fairbairn has accused May of “closing the door” on Britain’s open economy due to the way she has conducted herself in the first stages of the Brexit process.

May has fired back that she will “always believe in business” and warned business leaders that they must play by the rules, unlike Sir Philip Green and Mike Ashley, two individuals who have faced significant public criticism this year due to their business practices. In her speech, May stated that a small percentage of business owners had damaged the reputation of the corporate world as a whole and that business leaders must recognise that many normal people believed that capitalism was “working well for a privileged few, but not always for them.”

Those in favour of lower corporation tax say that it will make Britain more appealing to outside investment as firms take advantage of the low tax rate. They argue that more firms paying a reduced rate of tax would more than make up the revenue lost by lowering the rate charged per business.

Tracker can make a difference

It’s fair to say that right now companies need to be able to identify business in as straightforward and efficient manner as possible. If more companies end up investing in Britain then that means more competition for existing companies.

Tracker makes it easy for you to identify public and private sector opportunities big and small as well as providing access to meaningful market and industry news, while providing you with the vital insight you need to keep your business one step ahead of the competition.

With Tracker you can easily access opportunity documents, upload and work on winning responses, track progress and collaborate with anyone, anywhere, at any time – all at the click of a button.