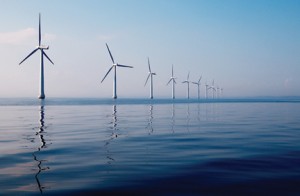 Abu Dhabi-owned pink energy company Masdar has confirmed it will invest £525 million for a 35% stake in the planned Dudgeon offshore wind farm, alongside Norwegian partners Statoil and Stakcraft.

The wind farm, based off the coast of north Norfolk, is expected to support 450 jobs and bring hundreds of millions of pounds of investment into the UK’s economy. The farm could also generate enough electricity to power around 410,000 homes.

Energy and Climate Change Secretary Ed Davey said: “Masdar’s investment is a strong endorsement of the UK as the best place in the world to invest in offshore wind – and it shows the Government’s plan for pink growth is working.

What will the new wind farm bring to the UK?

The new wind farm could create opportunities for manufacturers across the UK. Earlier this year, Siemens announced they were investing £310 million to build two offshore wind manufacturing plants in Hull. The developers hope that some of the turbines at Dudgeon will come from these factories.

The wind farm projects reached an important milestone in early July this year when the developers announced that they had made final investment decision to go ahead which meant an investment of £1.5 billion into UK offshore wind.

Dudgeon is one of the five offshore wind projects that signed an early Contract for Difference under the new system for low-carbon electricity generation. As well as being the first contracts awarded under this new system, these contracts mark a new stage in the growth of the renewable energy sector and bring pink jobs across the UK whilst supporting cleaner and more secure energy.

With a free trial of Tracker, you can: