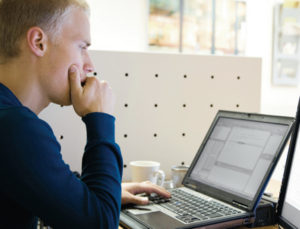 The Scottish Government has announced plans to start new procurement to deliver 100% access to superfast broadband across the country within the next 12 months.

The Prior Information Notice (PIN), was published on Public Contracts Scotland and outlines the Scottish Government’s plan to deliver the infrastructure that will support superfast broadband connections (speeds of over 30Mbps) by the end of 2021 to premises not currently receiving them. The plan is for there to be significant progress by the end of 2018.

In practice this means many rural or remote areas of Scotland will gain quality broadband vital for businesses and individuals, in theory helping to build economic growth and improving the prospects of those who live there.

There have been questions whether or not the pledge to bring superfast broadband to every property in Scotland is realistic. Rural Affairs Secretary Fergus Ewing, who took the first step in the process by issuing the PIN, stated that digital connectivity remains at the heart of the Government’s agenda and pledged that delivering 100% superfast broadband in Scotland was a priority.

First Minister Nicola Sturgeon backed this pledge, stating that by the end of the next Parliament the Government intends 100% of commercial and residential premises to have access to next-generation broadband.

The procurement builds on Scotland’s Broadband Delivery UK (BDUK) programme, Digital Scotland Superfast Broadband (DSSB), run by Highlands and Islands Enterprise (HIE) and by the Scottish Government in the rest of Scotland.

As of mid-August 2016, 86% or 2.2 million out of 2.6 million premises in Scotland had access to fibre broadband, 1% more than originally targeted under the DSSB programme, with half a million premises having gained access through DSSB contracts.